Correlative conjunctions are sort of like tag-team conjunctions. They come in pairs, and you have to use both of them in different places in a sentence to make them work. They get their name from the fact that they work together (co-) and relate one sentence element to another. Correlative conjunctions include pairs such as "both/and," "either/or," "neither/nor," "not/but" and "not only/but also." For example:

Here are some more useful pairs of correlative conjunctions: 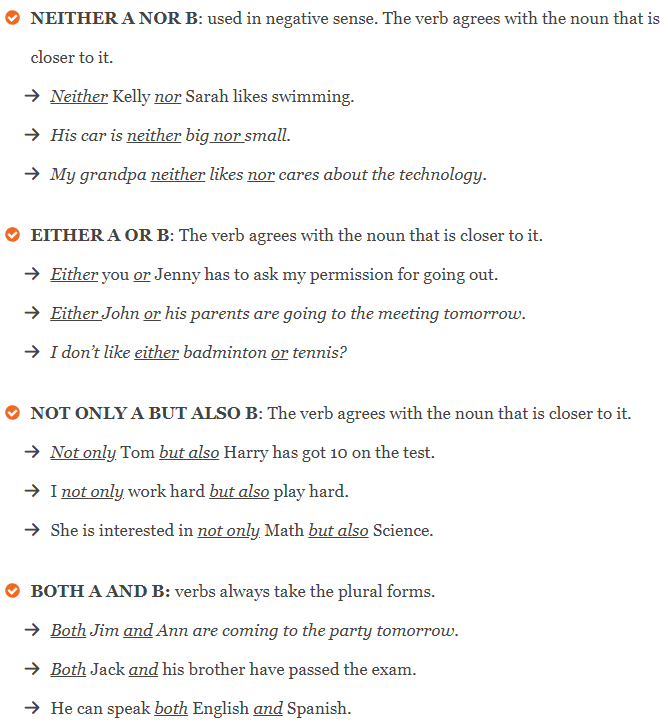 Please login to get access to the quiz
So, too, either, neither (Prev Lesson)
(Next Lesson) Language functions
Back to Other Grammar Rules