Words like can't(can + not), don't (do + not), and I've (I + have) are all contractions. A contraction refers to a shortened form of a word, syllable, or word group, created by omission of internal letters which are replaced by an apostrophe.

Contractions should not be confused with:

Here is a list of some examples of contraction in English: 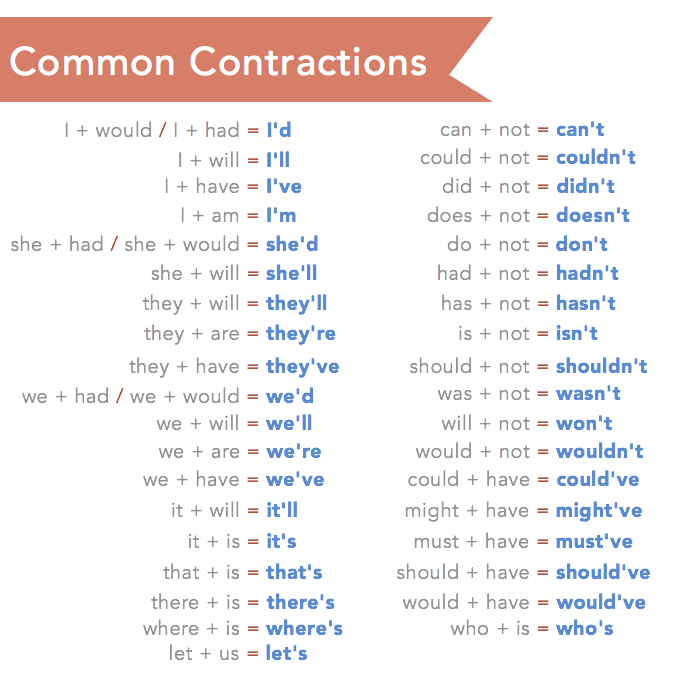 Please login to get access to the quiz
There, Their, They’re (Prev Lesson)
(Next Lesson) So, too, either, neither
Back to Other Grammar Rules