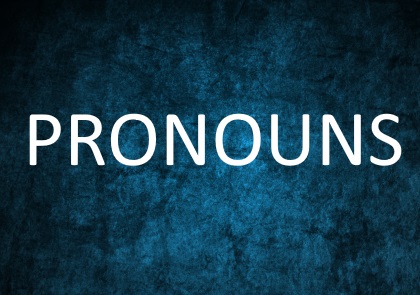 What is a Pronoun?

In grammar, a pronoun is defined as a word or phrase that may be substituted for a noun or noun phrase, which once replaced, is known as the pronoun’s antecedent. How is this possible? In a nutshell, it’s because pronouns can do everything that nouns can do. A pronoun can act as a subject, direct object, indirect object, object of the preposition, and more.

Without pronouns, we’d have to keep on repeating nouns, and that would make our speech and writing repetitive, not to mention cumbersome. Most of them are very short words. Examples include:

As mentioned, they are usually used to replace nouns, however they can also stand in for certain adverbs, adjectives, and others. Anytime you want to talk about a person, animal, place or thing, you can use them to make your speech or writing flow better.

There are a few important rules for using them. As you read through these rules and the examples in the next section, notice how the pronoun rules are followed. Soon you’ll see that they are easy to work with.

Pronouns replace nouns. A different pronoun is required depending on two elements: the noun being replaced and the function that noun has in the sentence. In English, pronouns only take the gender of the noun they replace in the 3rd person singular form. The 2nd person plural pronouns are identical to the 2nd person singular pronouns except for the reflexive pronoun.

Object pronouns are used to replace nouns that are the direct or indirect object of a clause.

Possessive pronouns replace possessive nouns as either the subject or the object of a clause. Because the noun being replaced doesn't appear in the sentence, it must be clear from the context.

They are the same set of words but they have different functions in a sentence.

Below are in-depth lessons about the topic.