A preposition of place is a preposition which is used to refer to a place where something or someone is located. There are only three prepositions of place, however they can be used to discuss an almost endless number of places. 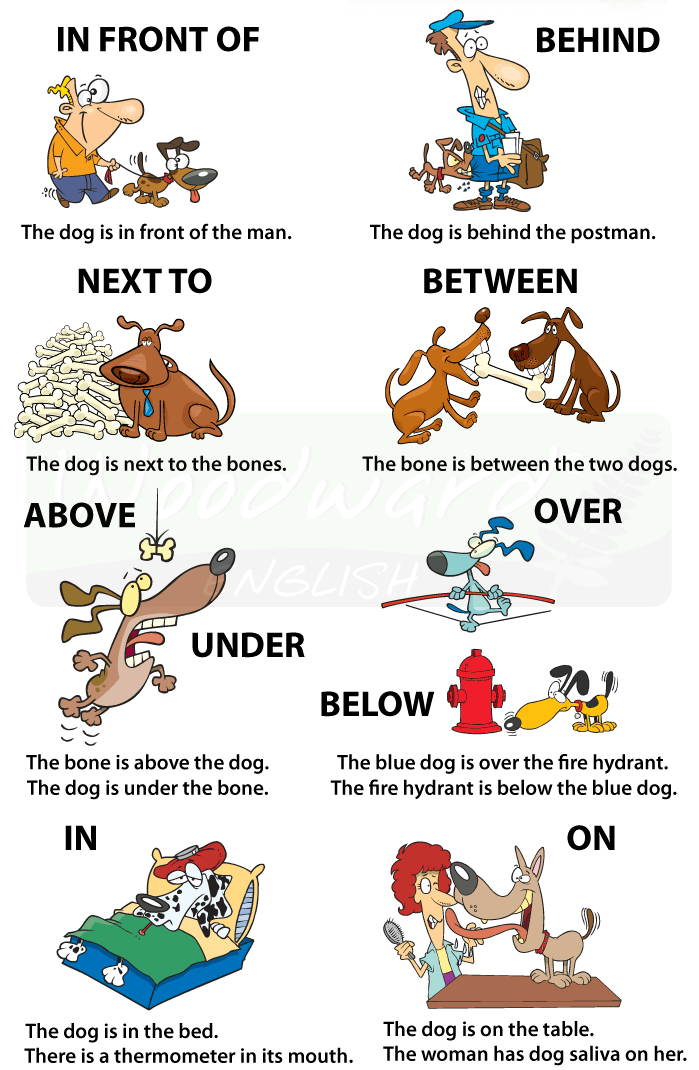 The chart demonstrates some of the most common prepositions of place in English.

Prepositions of Place are used to show the position or location of one thing with another.

It answers the question "Where?"

Below we have some more examples of Prepositions of Place:

Behind is the opposite of In front of. It means at the back (part) of something.

Between normally refers to something in the middle of two objects or things (or places).

Across from and Opposite mean the same thing. It usually refers to something being in front of something else BUT there is normally something between them like a street or table. It is similar to saying that someone (or a place) is on the other side of something.

Next to and Beside mean the same thing. It usually refers to a thing (or person) that is at the side of another thing.

Near and Close to mean the same thing. It is similar to next to / beside but there is more of a distance between the two things.

On means that something is in a position that is physically touching, covering or attached to something.

Above and Over have a similar meaning. The both mean "at a higher position than X" but above normally refers to being directly (vertically) above you.

Over can also mean: physically covering the surface of something and is often used with the word All as in All over.

Over is often used as a Preposition of Movement too.

Under and Below have a similar meaning. They mean at a lower level. (Something is above it).

Under is often used as a Preposition of Movement too.