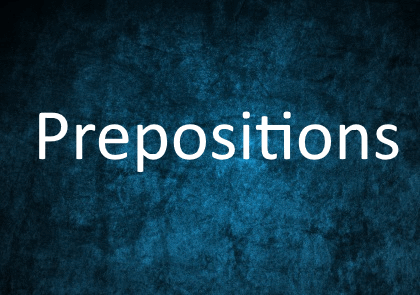 It is a word such as after, in, to, on, and with. Prepositions are usually used in front of nouns or pronouns and they show the relationship between the noun or pronoun and other words in a sentence. They describe, for example:

Her bag was under the chair.

The dog crawled between us and lay down at our feet.

His flat was over the shop.

They arrived on Sunday.

Shortly after their marriage they moved to Colorado.

We went by train.

They stared at each other without speaking.

Some prepositions are made up of more than one word, for example:

They moved here because of the baby.

We sat next to each other.

The hotel is perched on top of a cliff.