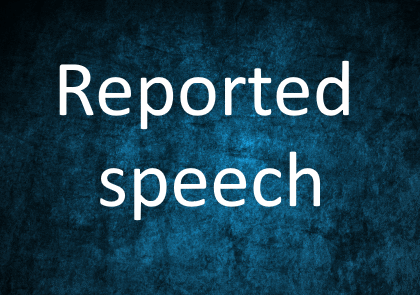 When do we use it? Sometimes someone says a sentence, for example "I'm going to the cinema tonight". Later, maybe we want to tell someone else what the first person said.

In reported speech the tenses, word-order and pronouns may be different from those in the original sentence.It isn’t always necessary to change the tense. If something is still true now – he still works in Italy – we can use the present simple in the reported sentence.

Distinction must be made between direct speech and reported speech. 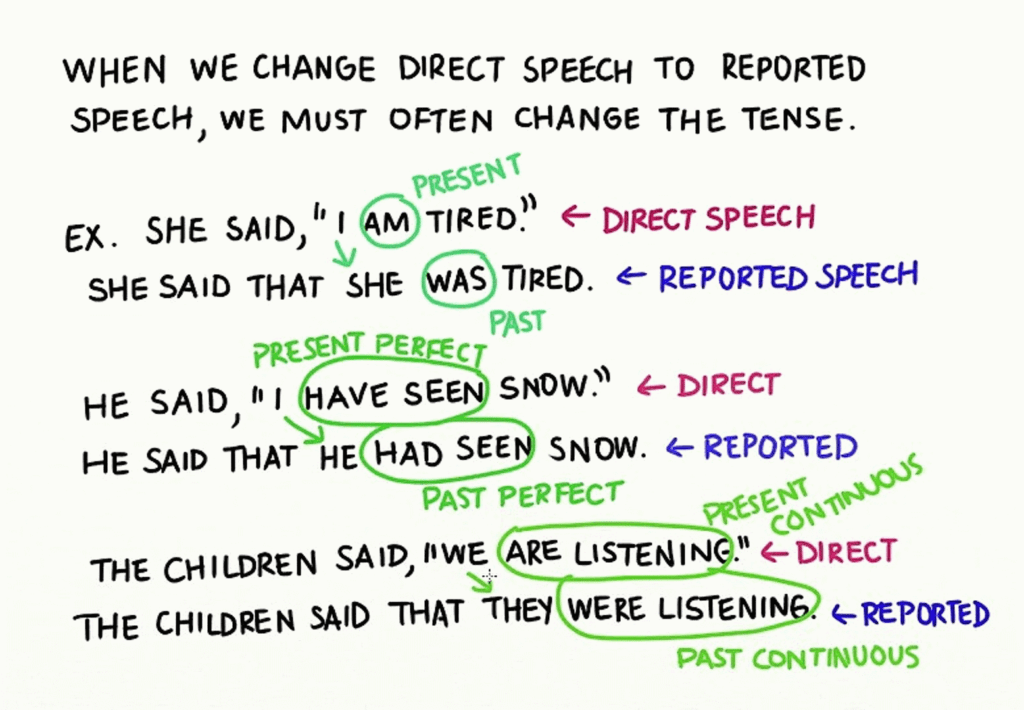