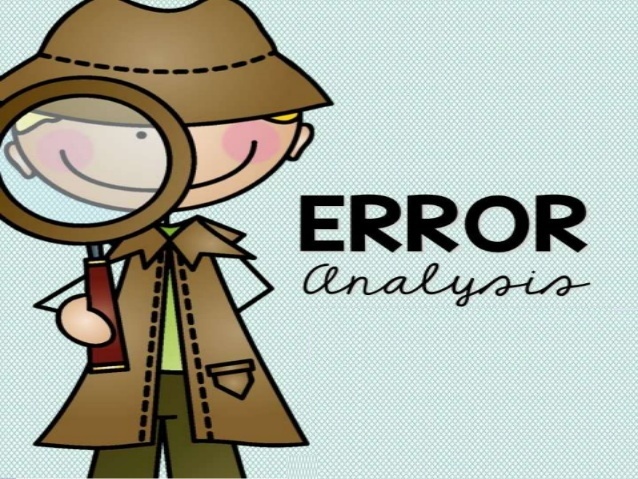 Error analysis in Second Language Acquisition (SLA) was established in the 1960s by Stephen Pit Corder and colleagues (Corder, 1967). Error analysis was an alternative to contrastive analysis, an approach influenced by behaviorism through which applied linguists sought to use the formal distinctions between the learners' first and second languages to predict errors. Error analysis showed that contrastive analysis was unable to predict a great majority of errors, although its more valuable aspects have been incorporated into the study of language transfer. A key finding of error analysis has been that many learner errors are produced by learners making faulty inferences about the rules of the new language.

Error analysts distinguish between errors, which are systematic, and mistakes, which are not. They often seek to develop a typology of errors. Error can be classified according to basic type: omissive, additive, substitutive or related to word order. They can be classified by how apparent they are: overt errors such as "I angry" are obvious even out of context, whereas covert errors are evident only in context. Closely related to this is the classification according to domain, the breadth of context which the analyst must examine, and extent, the breadth of the utterance which must be changed in order to fix the error. Errors may also be classified according to the level of language: phonological errors, vocabulary or lexical errors, syntactic errors, and so on. They may be assessed according to the degree to which they interfere with communication: global errors make an utterance difficult to understand, while local errors do not. In the above example, "I angry" would be a local error, since the meaning is apparent.

From the beginning, error analysis was beset with methodological problems. In particular, the above typologies are problematic: from linguistic data alone, it is often impossible to reliably determine what kind of error a learner is making. Also, error analysis can deal effectively only with learner production (speaking and writing) and not with learner reception (listening and reading). Furthermore, it cannot account for learner use of communicative strategies such as avoidance, in which learners simply do not use a form with which they are uncomfortable. For these reasons, although error analysis is still used to investigate specific questions in SLA, the quest for an overarching theory of learner errors has largely been abandoned. In the mid-1970s, Corder and others moved on to a more wide-ranging approach to learner language, known as interlanguage.